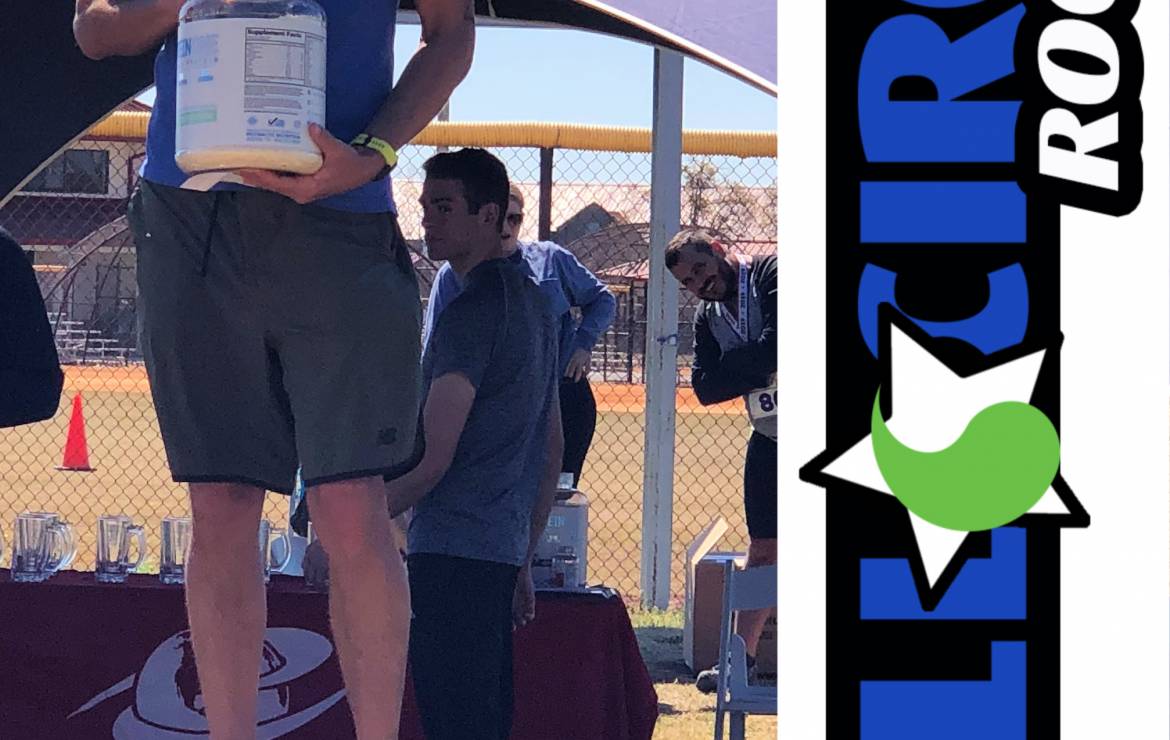 Coach Erinne’s Notes:
I am so excited about the outcome of this season. Daniel and I have been working together for 2 years to get to Age Group Nationals injury free and qualify for Worlds. Already a strong, fast athlete always on the podium, with no formal coaching he has so much more speed to gain. After suffering a stress fracture last year and a few months of no running we were able to get his bike up to speed with the fast guys. This year we really dialed in the run. From his last 10k off the bike with a 6:15 minute/mile average at his B race to a 5:55 min mile average at Nationals, I’d say we accomplished what we set out to do, especially off of a 25 MPH bike average. Congratulations Daniel, way to Dream Big! Now for top 5 at Worlds!  Let’s do this!!!! –  Coach Erinne Guthrie

Why you chose FCC to help you on your triathlon/health and wellness journey? I was looking for a coach who would help me with more than just fitness goals. I met Erinne at the Ride on Ryan Tri in Savannah and I liked her approach and attitude that FCC advocated.

What is your “A” race for this season? Just finished!- Age Group Nationals 2018, 10th place Age Group 40-44 and Qualified for World Championships in 2019 in Switzerland!

Please share your BIG goals: Being a great father to my four children. Becoming a more well rounded triathlete. Becoming competitive on the international level.

Tell me about your successes so far: My kids love coming to watch me race and three of them have now competed in kids triathlons. Tenth overall at age group nationals. First place overall among age group athletes at the NJ state championships. On the podium for all my races this season.

What were some of your biggest Improvements in performance for the each of the following?
Swim: My technique has improved dramatically over the past two years as a Full Circle athlete. With lot’s of video analysis and hands on form correction at Ultimate Tri Camp. Now, each race I focus on racing the swim rather then just using it as a warm-up for the bike.
Bike: Using power to make major gains in speed. I’m now cycling with the top guys in my age group.
Run: Stronger faster run off the bike. Being able to hold a fast run consistently off the bike is definitely my strongest asset now.
Nutrition/Health: Less carbs and more protein left me feeling much better during training and racing. The nutritional and sleep changes I’ve made have been equally as important as training improvements.

Please include any Personal Records and Goals achieved: First time at age group nationals and I made the podium.

Name 2 or 3 things that have made the biggest difference in your journey: Power Meter. High intensity training sets. Better nutrition

What excites you the most about being involved in triathlon? Getting to inspire my four boys to be active.

What would you say to another person who was on the fence about joining our training program?
You can be a competitive triathlete without coaching but to really make significant advances you need someone on the outside who can give shape to your training and point you in the right direction.

This Could Be You! Are you Ready?? Reach out right now and see if one of our online or in person coaching programs will work for you.  Click this link to schedule your call NOW!

Erinne Guthrie is a USA Triathlon Level II Certified Coach since 1999 and Chief Motivating Officer at Full Circle Coaching, LLC since 2010. She has been training, racing and coaching triathletes since 1997 and is currently taking a recovery year after two consecutive years racing at Long and Short Course World Championships.  She is also a CHEK Holistic Lifestyle Coach Level 3, USMS Master’s Swim Coach, Motivational Speaker, Mom and much much more.