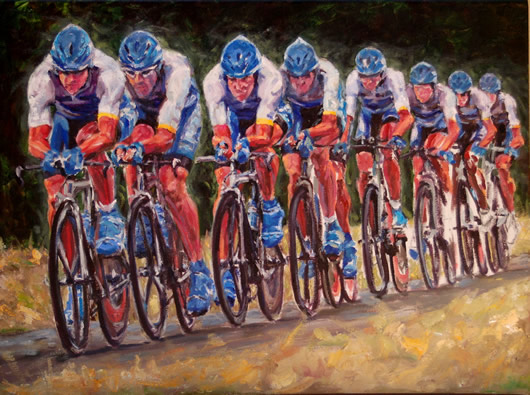 Do You Suck? You Know, Suck Wheel?  –  I mean draft, on your bike very close behind another cyclist so that you benefit from having less resistance behind the cyclist in front of you.

Official Definition in Wikipedia of Drafting or Slipstreaming –  a technique where two vehicles or other moving objects are caused to align in a close group reducing the overall effect of drag due to exploiting the lead object’s slipstream. Especially when high speeds are involved, as in motor racing and cycling, drafting can significantly reduce the paceline‘s average energy expenditure required to maintain a certain speed and can also slightly reduce the energy expenditure of the lead vehicle or object.

I have been hesitant to write this blog for many months because I’m afraid my assertive tone might offend you, but I’m tired of holding back on how I truly feel so I decided to make it a teaching/coaching opportunity.

Drafting in a non-draft legal triathlon is CHEATING, there are NO exceptions to this rule and I’m tired of seeing able bodied cyclists taking advantage of drafting when race officials are not looking and just plain cheating.  It pisses me off when I see anyone drafting let alone a pack of cyclists doing it during a non draft legal race.

My favorite excuse that I hear when I remind someone that they are drafting off of me or another cyclist as they fly by me is “I can’t help it” or “Everyone else is doing it.”

It’s a f*****g shame and disgraceful that people cannot hold themselves accountable to the rules of the race and choose not to cheat.  It makes me even more angry when those exact cheaters are up on the podium hooting and hollering about their victory when they have robbed an honest racer from their spot on the stage!  You know who you are!  And it is probably not the only thing in your life you’re dishonest about.

But I have a solution that race directors could invest in; Every timing chip could have a GPS in it and any racer within 3 bike lengths for longer than 15 seconds automatically gets a penalty!!

Don’t get me wrong, I love to draft.  I race in draft legal races and use it for group rides and my own triathlon/ cycling training.  I think it’s an important part of conditioning for cycling and triathlon events.  It just sucks when I am out there racing my race and another racer or group of racers are drafting on me or blowing by me in a draft pack.  I could jump on with the other cheaters, sighting one of the excuses above but I don’t and I won’t, even at the cost of a podium spot!

I’m thinking another solution to this problem is to make all triathlons draft legal! But it is more dangerous to be riding in a pack on a time trial bike with aero-bars, so not sure that will happen anytime soon.

So now that I’m off my soap box…
Please check out the PDF that has a list of the Most Violated USA Triathlon Rules for Racing.

I hope I didn’t offend anyone, I only want to educate you about the rules, but don’t worry if I see you out there drafting in a non-drafting race- I will happily remind you!
Please see this exact post in Spanish for all my Latin friends!!!
Happy racing!

Erinne Guthrie is a USA Triathlon Level II Certified Coach since 1999 and Chief Motivating Officer at Full Circle Coaching, LLC since 2010. She has been training, racing and coaching triathletes since 1997 and is currently taking a recovery year after two consecutive years racing at Long and Short Course World Championships.  She is also a CHEK Holistic Lifestyle Coach Level 3, USMS Master’s Swim Coach, Motivational Speaker, Mom and much much more.

Did you like this post, or not? Please comment below and if you have any coaching questions please reach out to schedule a call or reach out on Social Media.